What is a Warrior Saint? 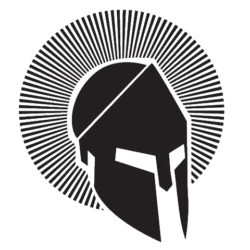 The assault against traditional masculinity is not happenstance and has produced a generation of soft males who feel entitled to an easy life with self as their main focus. Unable to confront the rough edges, today’s male rages against anything and everything that seems offensive or looks like hard work.

Despite the media’s portrayal that this emasculation is a good thing, we all feel the void left by a scarcity of true men. Many fear that strong, sacrificial men who lead their families, businesses and communities are a thing of the past.

Fear not! We have seen an increase in young men (and not so young men) who reach out to us, hungering for something more. They long to have God at the center of their lives. They ache for the rewards that come from a legitimate work ethic. They seek an authentic and ferocious life. In short, they want to become Warrior Saints.

So what the heck is a Warrior Saint? In today’s episode, we first learn the four pillars of becoming a true man of God, a Warrior Saint. What are the four foundations that make a man? Yep, those pillars. The our practical point teaches us how to make a first down on every drive. And the ultimate villain? The easy things.

It’s time to get some!